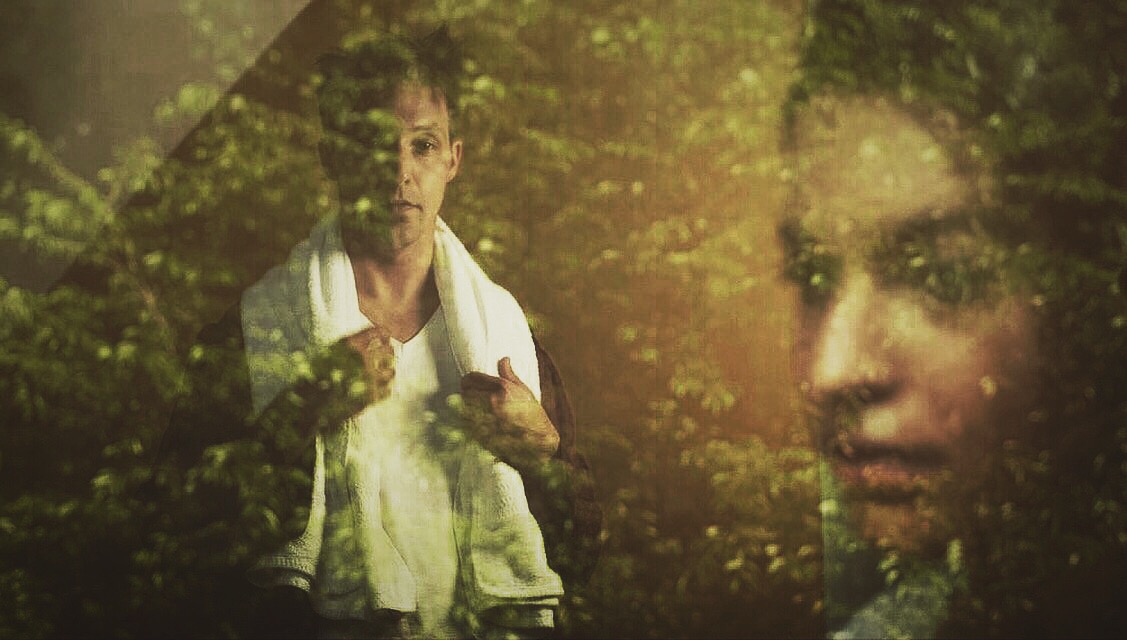 Our Indiegogo Campaign raised much needed capital for production and is now over.  HURRAY. Our cast and crew were fantastic.  xoxoxox  Thanks everyone for your generous support.  If you missed the video of the cast and B-Roll you can watch the video here.  Look out for another fundraiser to finish the film.  V. Bugbee

Think “My Cousin Rachel” meets “The Royal Tenebaums,” dark with a sense of humor.  The Gothic Romance is set in the 1990’s  a small town in Pennsylvania and was written by award winning playwright Victoria Bugbee and her distant cousin, the late Charles Bugbee.  It was 1993 and Charlie’s first film “Just Off The Coast” had won best first feature at San Sebastian Film Festival.  Vicky had just finished writing, directing and producing “A Surreal Soap Opera” at Lincoln Center Out of Doors when the two decided to write “Out of State.”  ”

“Shortly after completing the screenplay,” said Bugbee,  “Charlie was taken ill and passed away.  Many years later, with permission of Charlie Bugbee’s family, we are making the film in his honor.  This is For Charlie!”

I’m constantly asked how I cast the film.  I turned to professional actors that I worked with and novices.

I ran into Sarah Moliski on a beauty commercial to test the Sony F55 camera that B Productions and Daniel Marracino produced and directed.  She looked the part of ELSA and I was thrilled when she told me she was studying acting and would love to read for the part.  James Nester was in my nephew Eric Bugbee’s film “Heroes of Dirt – The BMX Movie.”  Like TAB, he played piano and was signed.

Caroline Winterson and I knew each other from our kids’ school and worked together before when she was The Narrator in my play “The Gas Station Project.”  Her work as an award winning book orator and presence matched the character of MARCIA.  I’ve known Avery Ryder Turner since he was 5 and he is now a professional dancer.  Cherie Fortis, producer of Out of State, recommended Ryder, who is her son, for the role of EMERY.  He came by the house one cold spring day for a screen test.  Ryder embodied the quietness that is in stark contrast to James Nester’s over the top TAB.

Lynne Goldberg who plays the antique dealer MS,HELLER and I worked together on my play “A Surreal Soap Opera – Toxic Waste Meets Beach Resort.”  A stage and television actress, she is a powerhouse with the most amazing blue eyes that are almost unearthly.  I had seen Tess Warren acting in a number of plays in high school.  The part of BECKY, Elsa’s best friend went to her who by the way was my Production Assistant and is my daughter.  Matthew Brueckner, Tess’s boyfriend, plays ROY the high school photographer.  He had worked on a number of films both in front of the camera and as crew in college and offered a deadpan interpretation of his character.

When looking for someone to play THE BAKER I needed an actor who grew up in Pennsylvania Dutch Country.  James Nester recommended Dave Shaeffler whom he had worked with in regional theater.  Dave arrived with Sho-Fly Pies and nailed the part.  My brother Peter Bugbee offered to assistant on the shoot and had a great town car so we enlisted his services as Elsa’s personal driver.  Friends, Paola Tawa, Lyhia and Farid Tawa, Baby Oden, Deanna Gondek and Nick Tarricone were recruited for the recital scene.  Thanks you all for realizing Charlie’s and my vision.  You are the coolest cast ever. 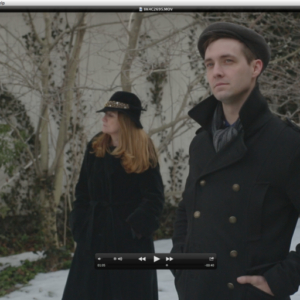 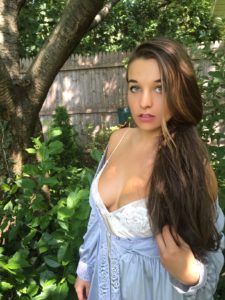 Ilya Shnitser Director of Photography shot Out of State A Gothic Romance with Canon C300 Mark II cinema camera with Zeiss Lenses.  Both Shnitser and Bugbee have visual arts background and the film is very painterly with lush color and light.  Bugbee chose to shoot the film in her old Victorian home in Hastings-OnHudson, NY (Girl on The Train, The Leftovers, Girls).  Since it was summertime, natural light streamed through the oversize windows and practicals were used for some of the scenes.  Occasionally one Arri light was used to augment the scene.  All outdoor scenes used natural lighting.

The house is a perfect setting for a gothic romance and becomes one of the main characters of the film.   It is filled with family heirlooms like the grandfather’s clock made in 1823 by Bugbee’s ancestor Issac Groetz, a clockmaker from Easton, PA.  The piano, a pivotal element in the movie, was Blanche Thomas, Bugbee’s great grandmother’s.  The director and cinematographer spent days filming portraits of objects in the house and garden that reenforces the psychological entrapment of the Garths who are bound by their domicile. Both sons suffer from Stockholm Syndrome.  A few scenes had been shot over two winters while the bulk of production was shot in 21 days over the past summer.  Principal photography is done.

Sarah Moliski’s character Elsa lovingly raided her deceased mother’s closet and her wardrobe is a romantic collection of nostalgia.  She pairs clothes from the 60’s and 70’s with her signature hair that echoes 60’s icon Julie Christie.  Her colors are pinks, orange and earth tones with a few BetseyJohnson girlie items to kick it up.  The looks accentuate her luminous green eyes, olive skin and dark brown mane.

James Nester’s Tab is a dandy and always dressed to impress his piano students and later Elsa.  His signature look is button down shirt, tie, maybe a vest and generally a suit coat.  Tab prefers to take bubble baths when he is not primping in the mirror or donning elegant clothes.

Avery Ryder Turner plays Emery with quiet presences.  As the Cinderella of the family he accepts his place as the laborer and dresses in simple work shirts, pants and boots.  Marcia continually disparages and belittles him.  Towards the end of the film, Emery explodes and unleashes years of pent up anger at his jail matron.

“Since all the other characters’ costumes took over the bedroom set aside for wardrobe,” mentions Bugbee,  “Emery’s clothes were thrown in a box in the kitchen.  Ryder Turner who plays Emery surmised that is was fitting for his character to have his few things shoved downstair in the kitchen.  I guess it was one way to get an actor into character.”

Bugbee’s long time music collaborator Joe Deihl  (Blue Like Jazz) has signed on to write the score and various musicians like Emily King, Kim Kalesti, and Amanda Platt and the Honey Cutters are lending songs to round out the score.  Editor Matthew Brueckner has assembled a timeline in AVID and our editor will be announced shortly.  We look forward to finishing Out of State-A Gothic Romance.